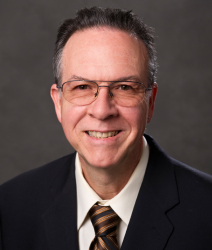 Phil Temples was first licensed fifty years ago as WN9EAY in Bloomington, Indiana. He holds an Amateur Extra class license. Phil is a QST author, an ARRL Diamond Club Life Member. Phil has also contributed on-line articles for the ARRLWeb site. He co-authored a chapter in the Amateur Radio Public Service Handbook. In the 90s, Phil served for multiple terms as President and Vice President in the Boston Amateur Radio Club.

In the early 70s, Phil was active in Indiana Navy-Marine Corps MARS, serving as the state training officer. He also served as Emergency Coordinator for Monroe County, Indiana. Phil participated in the National Traffic System at the section, region and area levels. He was also an avid contester at that time, competing in numerous Sweepstakes, CD Parties, and ARRL DX contests. He holds WAS, WAC, and DXCC. While earning an Electrical Engineering degree from Purdue University in the late 70s, Phil was active with the Purdue Amateur Radio Club, W9YB.

Phil would much rather use a keyer than a microphone. During the 80s and 90s, he ran HF mobile with a Yaesu FT-757 and an Outbacker on cw. In 2012 and 2013, he participated as an operator at one of the WRTC 2014 test stations in Pepperell, MA. During commuting hours, K9HI can be found on many of the greater Boston area 2-meter and 440 MHz repeaters.

During his Amateur Radio career, Phil has actively promoted instruction and licensing. For over twelve years, he served as an instructor with the Courage Kenny Handiham program based in Golden Valley, Minnesota, volunteering at many of their week-long radio camps in California and Minnesota. He is a Volunteer Examiner under the ARRL, W5YI, and Greater Los Angeles ARG VEC programs. In the past, K9HI has served as a team liaison for the Boston ARC’s VE team. Currently, Phil is involved with New England Amateur Radio, Inc. in conducting remote VE sessions during the ongoing COVID-19 pandemic crisis.

Phil works at Boston College as a computer systems administrator.  In 2007, Boston College awarded Phil Temples its prestigious Community Service Award for his work with Handihams, along with his participation in a volunteer reading program in the Boston public schools. That same year, Phil received a Champions Award from the Massachusetts State Lottery Commission.

Phil is also a writer; he’s had over 140 short stories and a novella published in various print and online publications, along with five mystery-thriller novels and a short story anthology.

“In Their Own Words”