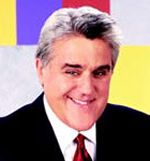 The e-mail lists are buzzing with news about a message sending/receiving contest between a cell phone text messaging team and a Morse code team to be performed on the Tonight Show May 13 on NBC.

[In a recent competition staged by an Australian museum, Gordon Hill, a 93-year-old Morse code specialist and a telegraph operator since 1927, was pitted against 13-year-old Brittany Devlin in a battle of the messengers. Hill was armed with nearly a lifetime of experience using Morse code; Devlin, with two years of text messaging experience and a slew of slang popular with chronic texters. A sentence was chosen at random from a teen magazine, and both contestants had to transmit the message as quickly as possible. Hill reportedly won the contest.]