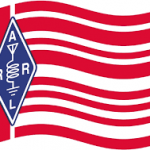 The outpouring of concern statewide from the Amateur Radio Community regarding the impact of the Distracted Driving Law has gotten the attention of our Legislators on Beacon Hill in Boston.  Ray, KB1LRL, and Tom, K1TW,  wish to thank all the ARRL members in both Western and Eastern Massachusetts who communicated our concerns so effectively as a community to the Senators and Representatives and staff across the Commonwealth of Massachusetts.

This afternoon Tom Walsh, K1TW, Eastern Massachusetts Section Manager was contacted by the General Counsel of the Joint Committee on Transportation.  After discussing these concerns, Ray and Tom were asked to convey the following guidance to our members in both Eastern and Western Massachusetts sections.  This guidance is intended to assure everyone that the new law “permits use of a “federally licensed 2–way radio” provided that “1 hand remains on the steering wheel at all times.”.  Clearly this is good news.

We are pleased to receive this opinion in writing which states “that a person may operate a motor vehicle while using a federally licensed 2–way radio or mobile telephone, except as provided in sections 8M, 12A and 13B, as long as 1 hand remains on the steering wheel at all times”.

This statement above appears in the first sentence of Section 13, of the Massachusetts General Laws as referenced in the final bill.

Below is the full text as received today from the General Counsel of the Joint Committee on Transportation.  It is the best clarification we have in writing at this point that the law will not apply to a 2-way mobile radio operation.

General Counsel of the Joint Committee on Transportation.

Thank you very much for the chance to speak earlier concerning H4203, the distracted driving legislation that is now before the Governor. It is the Committee’s view that the legislation does not alter, amend or limit existing language in section 13 of chapter 90 of the General Laws that expressly permits use of a “federally licensed 2–way radio” provided that “1 hand remains on the steering wheel at all times.” I have reproduced GL 90:13 below and highlighted the relevant provision.