I found the VRC Report regarding traffic disturbing.

We all know that since the inception of electronic mail, traffic handling has been seriously effected. When I first got into traffic handling and later, became Net Manager of Boston’s Eastern Massachusetts Two Meter Net, we used to average 400 checkins per month. After more and more hams got into the computer age, the checkins dropped to about 280 each month. Checkins have remained at that figure ever since.

There is no question that e-mail has hurt, but hams have stepped forward by creating messages like welcoming new hams to the hobby. How can anyone find these message offensive and label them “canned traffic,” “crap traffic,” etc.? They’re missing an opportunity to deliver this traffic and welcome a new ham to the hobby. They’re missing an opportunity to talk to a new ham and tell him or her about local clubs, the ARRL, ARES, and RACES. There was even one SM who complained about birthday and holiday traffic. I guess Scrooge and the Mad Hatter still live.

Gil, W1GMF, one of the stations who originates “welcome to ham radio” traffic receives hundreds of messages from hams to whom this traffic is delivered. The hams thank him for sending it. STMs from all over the country have thanked Gil for what he and other hams like him are doing. Sure, there are a few disgruntled STMs–but they very much in the minority.

The NTS is alive and well. It remains a training place for ARES and RACES operators to enhance their skills in copying, sending and acting as a Net Control Station. I can only speak for my area of operation. The local nets, the First Region Net and the Eastern Area Net are all handling a lot of traffic by dedicated traffic handlers.

To those who wish to “bury us” I would say, “You are a little premature.” 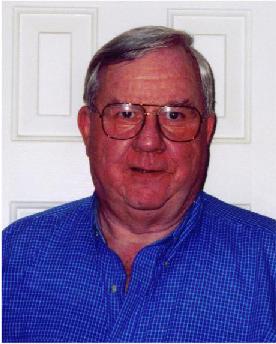 “The communications coordinator for the Red Cross First Aid Committee has asked for help in tracking rescue launches during the Head of the Charles Regatta in Cambridge, Massachusetts. (See also http://ema.arrl.org/article.php?sid=176.)

We are looking for seven autonomous trackers available on October 17-19 (Friday through Sunday) that can be strapped down in power boats and turned on by hams. They will be removed from the launches each night. Two receiving setups will be at Net Control and the Cambridge Emergency Operations Center. The trackers have to be mostly waterproof and use a minimum of switches. We want use a UHF channel to avoid problems on VHF. This will be an excellent opportunity to display another aspect of amateur radio to multiple public service agencies. With 7,000 rowers and an estimated 300,000 spectators, our presence is a crucial part of the event.

All suggestions about APRS use or volunteers for the event will be appreciated.

Thank you and 73,
Bruce Pigott KC1US

The following statement concerns a Hurricane Workshop in Bourne, Massachusetts that is open to the public. This is similiar to the workshop that was done in New Bedford, Massachusetts in early May. Below is the specific information on this workshop, all are welcome to attend.

IT HAS BEEN 49 YEARS SINCE NEW ENGLAND HAS BEEN HIT BY A MAJOR (CATEGORY 3) HURRICANE AND 12 YEARS SINCE A HURRICANE OF ANY KIND HAS MADE LANDFALL HERE. THIS WORKSHOP WILL DISCUSS THE REALITIES OF NEW ENGLAND HURRICANES AND WILL HELP YOU PREPARE FOR THIS TYPE OF DISASTER.

The ARRL Volunteer Resources Committee has released its final report to the Board of Directors. The long-awaited report concludes that the “state of the Field Organization is ‘fair'” even though it is “not what it should be” in order to “meet overall obligations to provide emergency communications at the national level.”

The report is based in part on the results of questionnaires returned by many of the field organization’s Section Managers. 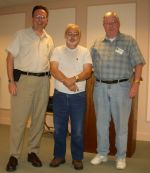 The presentation of a BPL bronze medallion from the ARRL was made to Loren Pimental, N1IQI at the July 15, 2003 meeting of the Massasoit Amateur Radio Association. 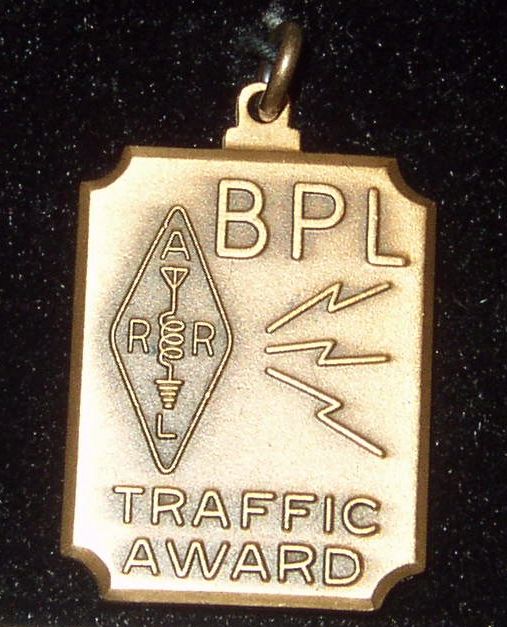 The presentation of a BPL bronze medallion from the ARRL was made to Loren Pimental, N1IQI at the July 15, 2003 meeting of the Massasoit Amateur Radio Association for points assessed from traffic handling over a period of 6 months.

Congratulations, Loren, on this recognition of your participation in this important aspect of amateur radio.

Once again, on behalf of the American Red Cross First Aid Station Committee, I would like to ask for your help in working the 2003 Running of the Head of the Charles Regatta.

Please mark your calendars and get back to me as soon as you can. Please pass this e-mail on to others so that we can bring in some new blood to our team.

Please reply to this e-mail and reply with:

name, call sign
address
e-mail
which of the 3 days you can work,
& preference to land or boat position.

I am starting this early so that everyone can get this marked on their calendar.

Amateur volunters performed valuable public service by giving their time and effort to assist in the two- and seven-day “ADA Classic.” The ride raised funds for the American Diabetes Assocation and traversed portions of MA, NH, ME and VT. The Classic was supported by 17 volunteers and the staff, including 15 amateur radio operators. The support team also included four bike mechanics with vans, an EMT in his own vehicle, three rest stop vehicles and two “SAG” wagons.
Mike Goldberg, K1LJN recounted their efforts.

“On July 11, Jim Evans, N1HTS, Ted Haskell, W1EID, Bill Lacy, KB1ICA, Steve Witley, KB1HMZ, Dennis Howland, KB1IDQ and I showed up at Woburn Mall and began to distribute tasks among each other. Some of us headed to pick up a 34-foot cargo truck to haul the gear. The others went to pick up the cargo and window vans. All were returned to the Mall to be filled with water jugs, water coolers, ice chests, first aid supplies, cases of snack foods, route vehicle handbooks, paper towels, pens, etc.” Goldberg added, “We installed two-meter mobile equipment in each vehicle. In addition there were two large pickups. All were loaded by 5 p.m., except for 400 pounds of ice which was loaded later.”

The Woburn Mall donated the use of a vacant store which was used for registration of about 150 riders for The New England Classic, 150 and 550.

Goldberg resports the group had one major medical incident, along with assorted falls and bee stings.

The riders efforts netted $256,000 for ADA Research and Education.

Amateurs who participated in the two-day event were:

The section traffic totals have been posted to http://nts.ema.arrl.org by Section Traffic Manager Jim Ward, N1LKJ.

We’ve spent some time updating procedures for the Massachusetts RACES program, including defining the Massachusetts Emergency Frequency Plan or MEFP, updating net operation activities requiring the usage of and defining the terms “Over”, “Out” and “Break” in the course of a controlled net to indicate what the NCS requests, a list of available VHF Simplex frequencies to pass traffic or other coordination, updated contact information on RACES, ARES, SKYWARN and MARS leadership, updated sample RACES appointment forms and updated club contact information courtesy of the ARRL.

Please download a copy and keep it with your station records.
This document is dated July 1, 2003 and approved by myself, Steve Finks W1SBF the State Communications Officer, and Stephen McGrail the Director of the Massachusetts Emergency Management Agency. Accept no substitutes or previous versions at this time.

Get your copy at:

Please forward this message as needed for the widest distribution among Amateur Radio Operators in Massachusetts.

The drill will be the first CCARES exercise in which a field team conducts an NCS operation on the 6 meter band.

A description of Operation Long Haul can be found in the ARES web site links under “Departments/Programs | Training”.

The Hurricane Watch Net is once again active on 14.325 KHz. It can also be heard via the Internet. While a Cat-I hurricane, Claudette is strengthening as it makes landfall making it somewhat more dangerous then a stronger hurricane that is on a weakening trend. Here again is the link to the Hurricane Watch Net home page: http://www.hwn.org

The FCC has declared a Communication Emergency for the Texas Coast. See http://ares.ema.arrl.org/article.php?sid=103 for the details.