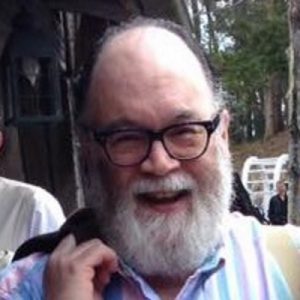 My father had a Hallicrafters receiver with which he used to listen to WTIC AM in Hartford. When he went off to work, I switched to the SW bands to listen to something a little more interesting than Bob Steele. So I think that’s where I picked up “the bug”.

I became more interested in radio as my older brother and I built a couple of Heathkit CB walkie-talkies, and being on a pretty high hill, even with that little radio (QRP anyone?) I was able to work a fellow across the line in Connecticut. I may have violated some antenna rules…

In 2001 my neighbor Philip N1PZ (SK) was talking to my wife, and they stumbled upon my interest in radio. Philip buttonholed me and let me know that CW wasn’t an issue to get my Tech license, then pointed me to QRZ. I took a test. And passed! Several more QRZ tests, and I passed them. I drove into Cambridge one night after work and plopped down my $12 and haven’t looked back. 9/11 happened just a couple of weeks after I was licensed.

I followed Stan KD1LE and Ralph KD1SM into NTS, and I’ve been managing the Central Mass Two Meter Net since Mitch WB1CHU (SK) recruited me circa 2003.

My home station consists of an Icom IC-756Pro, Icom IC-7000, and an Elecraft KX3 for HF, and a Yaesu FT-8900 for FM. I used to be active in RTTY contesting, but it’s been a while. I was able to get three radios on the air for the 2017 Eclipse HamSci experiments.

I am an active member of the Montachusett ARA, Secretary of the Nashoba Valley ARC, and hold management positions as well with QRP Club of New England and the North American QRP CW Club. My activity with QRP groups is completely inappropriate as I am just rubbish at CW, HI.