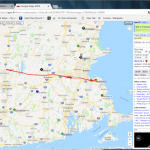 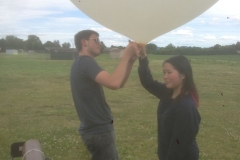 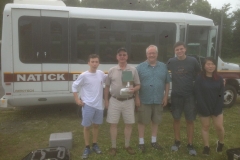 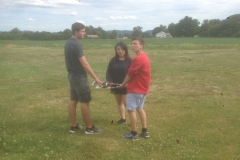 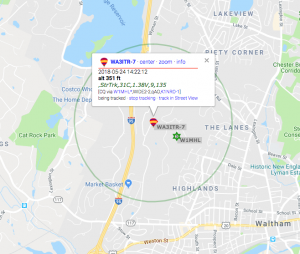 Charlie’s (WA3ITR) High Altitude Balloon project is currently hoping to launch on 6/20/2018 from Florence, MA around 1-2 PM.  It is hoped that the platform will be recovered in the Natick area around 6 PM or so. 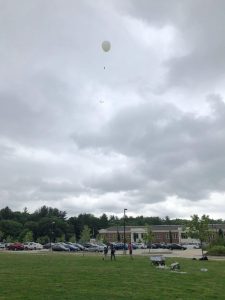 Don Clements writes:
Successful tethered test! We didn’t launch (due to the cloud cover), but the test was great. With the large tank, the balloon filled quickly and easily. You can have pretty much any lift you want. We filled the balloon too much, and went off the 2 kg scale for lift. The last aspect we need to control is the amount of lift, and that’s pretty straightforward. At this point we’re ready to launch(!)
If you look at the picture full size you can see the parachute and instrument package up there. We had it 150ft up, and got good satellite and APRS data.
To the Stars, and Beyond!
[See also: Natick High School High Balloon Launch Carrying Amateur Radio] 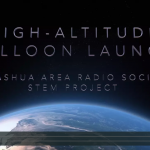 Anita Kemmerer, AB1QB writes on the PART of Westford mailing list:
The Nashua Area Radio Society will be launching a high altitude balloon tomorrow morning, June 3rd, from Hollis Brookline High School.  We are working with students from World Academy in Nashua, NH and Hudson Memorial School in Hudson, NH.
Here is some information on how to track our flight:  https://www.n1fd.org/2018/06/01/hab-3-launch/
Quicklinks
Latest News
Join the ARRL
Section Newsletter
“Hands-Free” Distracted Driving Bill