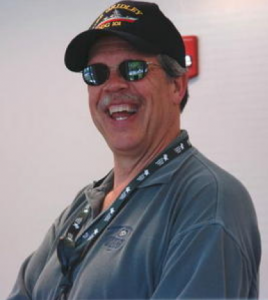 Terry M. Stader, KA8SCP, is the DEC for MEMA Region 1 where he also serves as the RACES/ACS and the Communications Officer for the region. Terry is a General class license holder and has been licensed since the early 1970s. He is a retired US Navy Senior Chief Petty Officer, served blue-water shipboard tours of Vietnam (2 tours) and the western Pacific (WestPac), involved in Operation Frequent Wind (evacuation of Saigon), rescue of the SS Mayaguez, managed a calibration/metrology lab, specialized communications systems, virtual program offices, data/network systems management with commands like USS Gridley DLG/CG-21, DATC/FMAG, ComCruDes Group 2, NAVELEX, SPAWAR and REDCOM REGION ONE.

Terry’s interest in Amateur Radio has focused in the EMCOM space where his first experiences were with Red Cross Disaster Action Teams in southern California, multiple leadership roles in SKYWARN in the Midwest as well as New England, Radiological Emergency Response Plan team member for MEMA for multiple nuclear power stations. He is a past Eastern MA Section SEC and also served as the regional SKYWARN Coordinator based out of the Boston Logan National Weather Service Office. Terry has also been the past president of PART, the Police Amateur Radio Team of Westford, as well as the Ham Radio Club Host on America Online back in its heyday.

He is also very active with D-STAR systems, managing (sysadmin) multiple systems in New England as well as systems around the world (Alaska, Toronto and Iceland). Terry is currently one of two elected Eastern MA directors for NESMC, the regional spectrum management organization for the past 8 years.

Terry recently retired from his position as the Veterans Services Officer for the Town of Westford, the town in which his wife, Lynne M. Stader, and he reside. He has one daughter, Emily J. Avillan, and two granddaughters, Christina and Amanda Avillan.