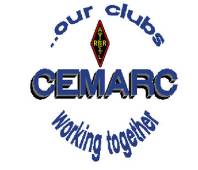 It began with a simple request from John Newell, kb1fpm,the father of a son that was a new ham, looking for a net strictly for young operators… The request was picked up by a CEMARC delegate, Roger, kB1XKB, posted to the CEMARC list, went through several replies, and other discussions direct. All comments were positive, and all agreed that a net was needed that encouraged our young operators to get on the air. We had, but don’t now have, an active YOUTH NET, in Eastern Mass. We had both 2 meter and HF nets that went silent as the Net Control operators grew up and went their own way.

As it stands now, the MMRA have agreed to provide a linked system for the Youth Net, a trained YOUNG net control operator and a Repeater Control operator to get it started, and Ann Weldon, ka1pon, has agreed to mentor, help organize, and get the net on the air.

What is needed now from your clubs, is a campaign to reach all of the young operators you know of, both in the club and friends and relatives of members, to determine the best time to conduct a Youth Net. Please put this request in your club newsletters, mail lists, and make it a topic on all club on-air nets. Have parents and young people forward their suggested day/time comments to either AnnWeldon@aol.com or n1dhw@arrl.net as soon as possible.