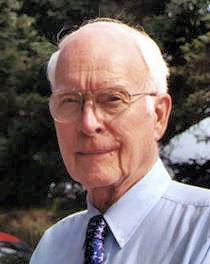 Renowned physicist, astronomer, and past Arecibo Observatory Director Gordon Pettengill, W1OUN, of Concord, Massachusetts, died on May 8. An ARRL member, he was 95.

“He was instrumental [as Arecibo Observatory Director] in getting some ‘telescope time’ at that facility for hams to do EME (moonbounce) on 432 MHz, giving a lot of hams with modest stations a shot at making a QSO via moon reflection,” said Chip Taylor, W1AIM. “He was the first person to use that big dish to do radar mapping of the surface of Venus, Mercury, Mars, and various asteroids and comets. And he was a mentor to many of us interested in microwave communication.”

A World War II combat veteran, Pettengill completed his bachelor’s degree at MIT after the war, then received a doctorate in high-energy physics at the University of California-Berkeley. His career in radio astronomy took off when he joined MIT Lincoln Laboratory, using the Millstone Radar in Westford, Massachusetts, for astronomical observations.

Pettengill was elected to the National Academy of Sciences in 1979, and served as Director of MIT’s Center for Space Research from 1984 until 1989. He received a Guggenheim Fellowship in 1980 and spent his sabbatical at the University of Sydney, Australia. He retired in 1995. He was active on the air until recently.