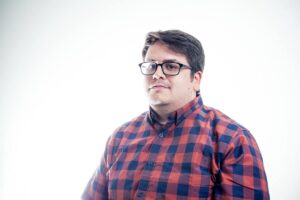 Ethan Hansen is the Assistant DEC for Metro Boston. A former EMT he was first licensed in 2020 and quickly became involved in NTS via the Eastern Mass 2 Meter Traffic Net on the W1BOS repeater and from there got involved with SKYWARN and ARES.

In addition to his ADEC position Ethan is also the Public Service Chair of the Boston Amateur Radio Club and volunteers at as many public service events as he can. Ethan thoroughly enjoys activating POTA sites as it’s good practice for emergency deployments and operates mostly QRP on FT8.

Outside of amateur radio Ethan enjoys medium format film photography and will often have a camera with him along with his radio equipment. Professionally Ethan is a Security Engineer at F5 specializing in detection engineering.