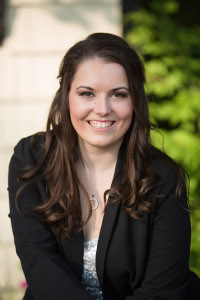 Kayla comes from a long line of Ham radio operators. Her grandfather, Hector “Jess” Creamer, was a Ham going back to the 1940’s. Her father, Hector “Jesse” Creamer, was a Ham since he was a kid. After growing up watching her father and grandfather communicate via Ham radio, it was only a matter of time before she too got her license. In December of 2015, Kayla obtained her Tech license and quickly decided to work toward obtaining her Extra class license which she obtained in February of 2016. Shortly after, she applied for the callsign W2IRY, which was her grandfather’s final call sign.

Having worked in television production/broadcasting since 2010 at Amherst Media and then Billerica Access Television, Kayla is always looking for ways to promote the wonderful hobby of Ham radio. In September of 2016, she joined up with the Billerica Amateur Radio Society (BARS) in hopes to eventually produce a public access series shining light on Ham radio to members of the community. She has was involved as a member of the BARS Board of Directors, but has moved on to become the club’s Vice President since 2017.  She has also taken on the role of being the club’s social media/PR coordinator as well as the unofficial club photographer/videographer.

She is an active member of both the Nashoba Valley Amatuer Radio Club (NVARC) as well as the Billerica Amateur Radio Society (BARS). You may have seen her photography from the 2016 NVARC Field Day event in the May 2017 issue of QST magazine as well as the 2016 issue recapping Field Day.

Kayla holds a B.A. in Communications from the University of Massachusetts at Amherst.

The Public Information Coordinator must be a Full member of the ARRL and, preferably, have professional public relations or journalism experience or a significantly related background in dealing with the public media.