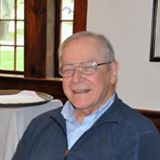 My first callsign was KN1BKI, issued in 1957. Like so many others at the time, my novice license expired and I did not timely upgrade.

In 1991 the “no code tech” license caught my 9 year old son’s attention. We studied together and got licenses in 1992. Shortly thereafter I upgraded to general and, eventually, upgraded to extra.

Most of my regular ham activity has been public service and national traffic system activities, VHF and HF phone. However I hardly ever let a CQ on HF or a “listening” on VHF/UHF go unanswered; especially if it sounds like a new callsign. Occasionally I engage in rag chew QSOs or make a few contacts during a contest.  Eastern Mass is hardly a “rare one” so I don’t get chased.

Although I passed code tests for my licenses, cw has never become my second language.

I was delighted to help reactivate the former Eastern Mass Rhode Island Phone Net as the Massachusetts Rhode Island Phone Net in October 2015. The net meets at 6:00PM on 3.978 MHz on Tuesday, Thursday and Saturday. We’d love to increase the number of sessions each week as soon as more activity would justify it. After each net session there is the opportunity for informal chit chat. All are welcome.