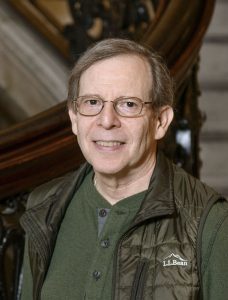 Stu is the Norfolk County ARES District Emergency Coordinator and in September 2022 became the Eastern Massachusetts ARES Assistant Section Emergency Coordinator for Administration and Planning. Stu has had a lifelong love of technology in all forms. While obtaining his Bachelor’s degree in Biology from Boston University, Stu worked as a cardiac research assistant at the Harvard Medical School.  Simultaneously, Stu worked a clinical position at the then Peter Bent Brigham Hospital as a certified cardiopulmonary perfusionist. Stu’s studies at BU also included a high concentration of computer science courses and he subsequently went to work as a software developer for a large medical information software company.  Over the years Stu progressed through the ranks and became the Director of Product Development and ultimately the Director of Emerging Technologies at that company.

Stu’s first exposure to amateur radio came at a young age at summer camp which kindled his lifelong interest in radio, electronics and technology. His attendance at the Bronx High School of Science in New York City further cultivated his love of science and technology. Though Stu did not get his amateur license until later in life, once he decided to do so he quickly proceeded from nothing to amateur extra in about a 4 week span.

Stu is currently a volunteer member of the leadership staff at New England Sci-Tech (NEST), a youth and family oriented STEM based teaching organization.  Stu’s main area of engagement at NEST is with the STARS (Sci-Tech Amateur Radio Society) radio club. Stu is also an ARRL Volunteer Examiner helping to usher in new and advancing amateur radio operators.

Stu’s passion for public service is obvious. In addition to his involvement at NEST, he and Cheryl, a retired Nurse Practitioner and Stu’s wife of 29 years, regularly volunteer at Massachusetts General Hospital, assisting in the surgical recovery areas. Stu was also a volunteer board member of a public charter school for several years, focusing on the school’s technology needs. His clear interest in public service is now carrying over to that aspect of amateur radio and as Norfolk County ARES District Emergency Coordinator, Assistant Section Emergency Coordinator and Assistant Section Manager, he will devote the bulk of his time to that area. Stu is also an avid photographer.

Stu and Cheryl proudly have two daughters, one an architect in Boston and the other finishing her Bachelor’s degree in Nursing.