We very much regret the passing of Jim Ward N1LKJ on Monday July 8, 2019.  Jim had been active in amateur radio for many years, serving in various capacities including Net Manager and Section Traffic Manager prior to your current STM.  He was also very active in the region and area sideband nets.  Jim used to host the annual traffic handlers picnics in Raynham.  He was a good friend and all around great guy and will be greatly missed.

His obituary can be found at https://www.ccgfuneralhome.com/obit/james-t.-ward
Visitation will be Thursday July 11 from 4:00 to 8:00 at the Prophett-Chapman, Cole & Gleason Funeral Home, 98 Bedford St, Bridgewater MA. 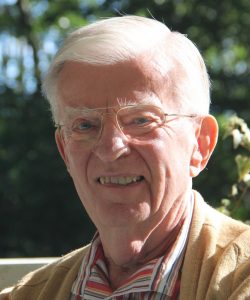 Eugene Hastings, W1VRK, 88, of Marblehead passed away peacefully on Wednesday April 25, 2018 after suffering a massive stroke six weeks earlier. He was born on January 27, 1930 in Salem. Gene graduated Swampscott High School followed by a degree from Boston University in Business Administration. In 1961 he married Clara Brichze and they settled in Marblehead.

A long  time advocate for amateur radio and the ARRL, Gene served on the ARRL Foundation Board of Directors from 1993 to 2014 and was honored as a Director Emeritus. For years he championed the ARRL New England Division Convention, one of the largest ham radio conventions in the country, out of Swampscott, Boston and Boxboro. An active DXer, Gene had 333 DXCC countries confirmed. He was also a member and director of the North Shore Radio Association.

His Memorial Service will be held on Tuesday, May 1, 2018 at 11:00 AM in the Chapel at Swampscott Cemetery, 400 Essex Street Swampscott. Visiting hours will be held on Monday from 4:00 to 8:00 PM in the Solimine Funeral Home, 67 Ocean Street (Rte.1A), Lynn. Relatives and friends are respectfully invited. In lieu of flowers contributions may be made to Lynn Rotary Charitable Corporation, P.O. Box 8100, Lynn, MA 01904. Directions and guestbook at www.solimine.com.

It saddens us to hear of the passing of Joe O’Brien K1LCQ last January 9, 2017.  Joe was for many years an icon of the East Mass Two Meter Traffic Net, holding the position of Friday night NCS for at least 30 years before becoming ill last year.  When I first upgraded to General class from a Novice in 1982 Joe was on the Boston repeater reliably every Friday and always signed off with “88s to the ladies”.  We will surely miss him.  RIP Joe and 73 from the gang on EM2MN

MEET JOE O’BRIEN K1LCQBorn June 28, 1926 in Jamaica Plain. Graduated from St. Ann’s School Neponset June 1939. Graduated from Mechanic Arts High School (now Boston Tech) June 1943. Served US Army Air Corps as a bandsman and also a broadcaster on the base Armed Forces Radio Station at Fort Pepperell Newfoundland, August 1945 to December 1946. Played the trombone in the Army and also locally with American Legion Bands, but I was a lousy trombone player.Upon return to civilian life I worked for phone company 1947 – 1949. Joined the City of Boston Public Works Dept. in 1950 and later the Boston Water and Sewer Dept. until retirement in 1996. The last 15 years of which I served as their Radio Dispatcher and was responsible for keeping their repeaters in operating condition, working with FCC licensed contractors.Joined the ranks of amateur radio June 10, 1959 as a tech and operated six meter AM. Upgraded to General Glass and Advance class a few years later. At that time Hams took their exams in the FCC Office at the Custom House Building in downtown Boston. Joined EM2MN back in the days when it was on 145.800 using AM emission before we had FM and repeaters. Had to use Beam Antennas to communicate and pass traffic. That was back in 1978. Have been NCS on EM2MN on Friday nights for 25 years.

The following is a link to Joe’s obituary.

Old timers to the Boston area nets will remember Jack Logan N1TPU of Needham MA.  He was at one time manager of  the Eastern Mass 2 Meter Net (EM2MN).  I was informed that Jack passed away on April 13, 2017 at the age of 86.  His obituary can be found at http://www.legacy.com/obituaries/name/john-logan-obituary?pid=1000000185073098&view=guestbook&page=2.  Rest in peace Jack and 73 old friend.