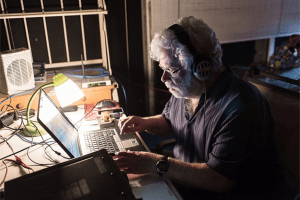 Amateur radio has been a significant interest since I was a teenager. I was introduced to radio early on by my brothers, who are still licensed. So radio has always had a significant role in my family. I began as a Novice KN1VGM, moving to General K1VGM, then Extra. I became K1TW in 1977.

I remember the early encouragement I received from Frank Baker W1ALP, who was EMA SCM as it was known in the early sixties. Frank was my introduction to the ARRL, NTS, and his kindness helped cultivate my lifelong association with ARRL. Radio led to a career in Electrical Engineering and the adventure continued.

In the eighties, I helped organize the Amateur Radio special interest group (SIG) in the Boston Computer Society (BCS), along with Barry Porter KB1PA who was EMA Section Manager then. For a while, we published the “Wireless Bit Stream” under the BCS umbrella. Those were exciting early days in the integration of home computers and amateur radio.

In the 90’s my career took me to places like Geneva Switzerland, where I became a Life Member of the International Amateur Radio Club (IARC) which maintains 4U1ITU. 4U1ITU is its own DXCC entity “ITU-GENEVA” because of the significance of the ITU to World Telecommunications. Today, when you contact 4U1ITU, you might be talking to a member of the IARC, or perhaps a delegate to an ITU conference who may be visiting Geneva, or a member of the Amateur Radio Team who helped secure many new amateur band allocations over the years. This is truly a unique and wonderful station.

Since 2000, I have been part of the Boxboro Convention Committee, most recently helping to organize our volunteers who help make Boxboro such a pleasure for everyone. I am also a member of FEMARA Inc., the organization that sponsors and runs the ARRL New England Division Convention. Also about this time, I received an appointment as Assistant Director in the New England ARRL Division. I can usually be found in attendance at the Division Cabinet meetings twice a year.

From 2006-2011, I spent 5 years on the West Coast (ARRL SCV section). I was privileged to serve as an Assistant Section Manager (SM) under two SCV SM’s, Bill Dale N2RHV, and Phil Steffora, K6TT. This gave me a wonderful opportunity to see how things work in a different ARRL section. I will always fondly remember the excitement and energy of so many great clubs that I was a member of like PAARA (Palo Alto), FARS (Los Altos), WVARA (West Valley), NCDXC (NorCal), NCCC (NorCal) and SCCARA (Santa Clara).

Today, I am a member of the Billerica ARS, YCCC, MMRA, PART of Westford, NEQRP, QRP-ARCI, SKCC, QCWA, Ten-Ten, and until it disbanded the Patriot DX Club in Beverly. I love and appreciate virtually every aspect of amateur radio, including CW, DX, Contesting, QRP, Club activities, NTS, Awards, Special Events, Field Day, Rag chewing, Hamfests, and numerous other activities. I like the broad appeal amateur radio has to all ages and interests. As you can see from my time in both SCV and EMA, I view club activities as the heart and soul of amateur radio.

I hope you will catch me on the air and say hello.