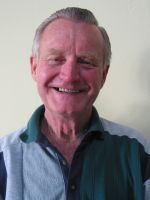 An Eastern Massachusetts ham continues his selfless work in the production of audio materials for visually impaired and blind amateurs across the country.

In addition to the extensive library of ham radio recordings, Zeida also produces audio materials for the Talking Information Center based in Marshfield, Massachusetts.

Zeida isn’t sure exactly how time he has devoted to all of his recordings, but he guesses it’s been “thousands and thousands of hours.”

Handi-ham volunteer instructors recognized the need for an audio version of the manual following the successful culmination of a week-long emergency communications course at the Handi-ham camp in Malibu, California. They approached Zeida, who was also a camp volunteer instructor. He enthusiastically agreed to work on the project.

[This website highlighted a recent article about N1BLF featured in South Coast Today entitled Reading For Those Who Can’t.]