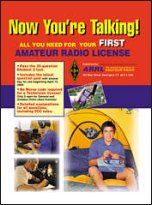 Anyone trying to recruit a new Tech. should note that the VECs are replacing the Technician/Element 2 question pool a year early. So, you have less than six months until your current copies of Now You’re Talking become obsolete on July 1, 2006.