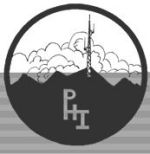 Members of the Waltham Amateur Radio Association recently embarked upon a project to benefit the Courage Center Handiham program, and to honor the memory of long-time member and Silent Key, Laurie Cote, KC1BN.

A Cote family member contacted Handiham in November, 2009 to inform them that KC1BN had left a sizeable amount of ham equipment from his estate to the non-profit organization based in Golden Valley, Minnesota. Handiham’s Manager, Pat Tice, WA0TDA reached out to Eastern MA Handiham volunteer instructor Phil Temples, K9HI.

Handiham very much appreciated the generous gift from Laurie,” explained Temples. “But the Handiham staff were not easily able to take possession and liquidate the equipment.” That’s when Temples thought to approach Laurie’s home club, the Waltham Amateur Radio Association and seek their help.

“I suggested to WA0TDA that it might make sense to enlist the aid of WARA to sell the equipment from Laurie’s estate, retain a portion of the proceeds, and donate the remainder to the Handiham program. Pat agreed.” Temples added, “I thought it would both honor an organization that Laurie admired, and afford WARA the opportunity to honor Laurie’s memory.”

All parties were agreeable, so K9HI presented the idea at a Waltham ARA meeting in January, 2010. WARA’s Vice President, John Flood, KB1FQG enthusiastically agreed; he volunteered to spearhead the project.

“I’m glad that WARA is able to help the Handiham group with this project,” said Flood. “I do remember hearing that [Laurie] liked the work they do. He wanted to do something like this to help Handiham.”

Flood spent many hours cataloging and testing equipment from Cote’s estate, as well as advertising the items on the club’s mailing list. The response has been very positive: to date, over $3,500 has been collected from sales, with an additional $1,000 expected in the coming weeks.

“Thank you so much for your hard work on our behalf,” wrote Pat Tice, WA0TDA to Flood on behalf of WARA.

“I want to add my thanks for all the hard work [KB1FQG] and other Waltham ARA members have contributed to this project on behalf of Laurie’s family and the two organizations,” added K9HI.

The Courage Center Handiham System is a national program that provides tools for people with disabilities to learn Amateur Radio and technology skills, and to earn their Amateur Radio licenses.

The Waltham Amateur Radio Association is an ARRL-affiliated club, established in 1938. Its repeater site is located on Prospect Hill in Waltham, MA.