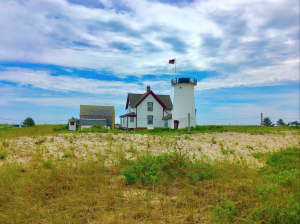 International Lighthouse Lightship Weekend, ILLW began  in 1998 as the Scottish Northern Lights Award sponsored by the Ayr Amateur Radio Group. ILLW is a popular Amateur Radio event that takes place on the third full weekend in August each year. It attracts over 500 lighthouse entries in over 40 countries.