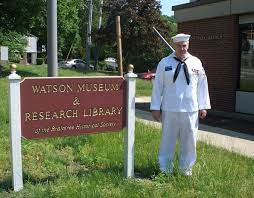 The K1USN Radio Club will once again be on the air November 11, 2022, to celebrate Veterans Day to show their appreciation for those who have served. This year we plan to activate K1USN from our club station on the HF bands using SSB, CW and FT8 beginning at 1300 UTC, Nov 11 and ending at 2100 UTC.  Our Club station is located at the Watson Museum & Research Library, 85 Quincy Avenue in Braintree.

K1USN QSL cards will be available for all contacts with K1USN. Send # 10 SASE to K1RV or DX stations QSL via bureau.

Anyone working K1USN on Veterans day can use this link to request a certificate.

The K1USN Radio Club was formed in May 1997 when we began operation onboard the Heavy Cruiser CA-139 USS Salem Museum Ship located in Quincy, MA. During this time period we began the first Museum Ships Weekend in 1997 with 8 ships participating. The crew from the Battleship New Jersey has done a wonderful job continuing this annual event which has grown into a popular activity with over 100 ships as well as several museums participating. Go to the NJ2BB website for a complete list of participants as well as certificate information – www.nj2bb.org

Later we were able to move our operation to the Thomas Watson Museum located upstream from the USS Salem at the site of the original Fore River Shipyard which was built by Braintree, MA resident, Thomas A. Watson. Watson was Alexander Graham Bell’s assistant developing the invention of the telephone. As US Navy orders continued to demand larger vessels the shipyard was moved to its current location downstream in Quincy, MA.

Our operating frequencies will be:

K1USN QSL cards will be available for all contacts with K1USN.