According to its website, the “CMMC is a 501(c)(3) organization founded in 2002. The Center occupies two buildings on the 11.3-acre, ten-building campus which comprised the former Marconi-RCA Wireless Receiving Station, once the busiest ship-to-shore station in the United States and a significant military installation during World War II.” 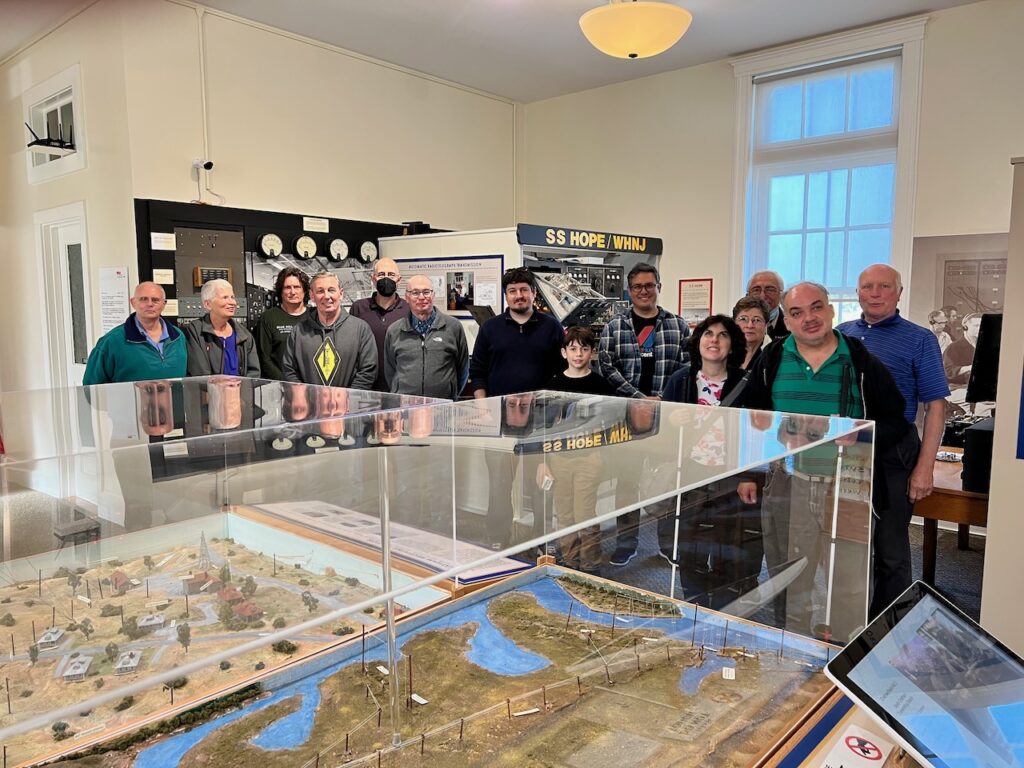 The New England Sci-Tech Amateur Radio Society (NEST) will meet on-line and in-person on October 25, 2022 at 7 PM and feature: “Overview of FT8” by Yuri Botnar, KC1LNQ.

Description: This presentation will provide an overview of FT8 with a focus on Yuri’s experience setting it up on a Windows computer with two radios, the IC7300 and the µBITX.  FT8 can be an extremely effective mode for operating for individuals in housing situations with limited options for antennas, such as condominiums, as is the case for Yuri. FT8 is one of eleven different protocols of modes offered by WSJT-X V2.5.  WSJT-X is a popular computer program designed to facilitate basic amateur radio communication using very weak signals. The first four letters in the program name stand for “Weak Signal communication by K1JT,” Joseph H Taylor, Jr. while the suffix “-X” indicates that WSJT-X started as an extended branch of an earlier program, WSJT, first released in 2001. Bill Somerville, G4WJS, Steve Franke, K9AN, and Nico Palermo, IV3NWV, have been major contributors to development of WSJT-X.

Bio: Yuri became interested in radio at age 13 in the city of Orgeev, Moldova.  His interests were in building/repairing receivers and transmitters rather than in QSOs. Yuri graduated with a Master’s in Radio Communication in Odessa, Ukraine. He started his career as an electrical engineer at a power distribution company in Chisinau and worked his way up to senior positions there.  Since 1994 Yuri has worked as an Electrical Design Engineer for a company in Beverly, MA designing power supplies for numerous industrial/scientific applications.  Yuri was granted a patent for developing a “Precision Voltage Regulator for Capacitor-Charging Power Supply.”

We’re one month away from Thanksgiving, and a month and a day from the start of The 3916 Nets’ annual Santa Net, which year begins Friday evening, November 25th. The net will run every night through December 24th at 8:15 pm EST on 3916 kHz with pre-net check-ins opening at 8:00 both on the air and online at www.CQSanta.com. NESciTech currently has two nights in December slated for net operation: Thursday the 22nd, and Friday the 23rd. Families will register through the NESciTech website and arrive on their scheduled night between 6:45 and 7:00. If there’s enough family interest (and volunteer commitment) I don’t see why we couldn’t add more nights to the schedule.

We’ll need a few volunteers to pull this off:

Families that are unable to bring their children to NEST can listen to the Santa Net via live-streaming on YouTube at https://www.youtube.com/channel/UCnNhXbexBDlvlnlz9jQkIvA/live or through a Utah-based SDR receiver on WebSDR at http://websdr1.sdrutah.org:8901/index1a.html?tune=3916lsb. There are archived off-air recordings from last year’s sessions on the YouTube channel for anyone curious to hear what the Santa Net sounds like. The Santa Net is also a great opportunity for hams to dip their toes into net operations with a very approachable group (The 3916 Nets bill themselves as “the friendliest nets in all of ham radio”).

Here’s a link to the Santa Net’s “about” page: https://www.cqsanta.com/about. On the home page you’ll find videos of children talking with Santa on-air.

Please let Bob or me know if you’re interested in participating.

As of noon on Friday, October 21, the FOX can be found somewhere in the Grassy Pond conservation in Westford.  Parking can be found on the west side of Plain Road between Almeria Circle and Villanova Drive (both of which are on the east side of Plain Road).  Come on out – there are still some fall colors to be seen and ,if you’re so inclined, you can try some of the exercise stations along the trail.

The KD1D FOX will be on the air until about noontime on Monday, 10/24.

There’s a pleasant farm stand nearby where you can get coffee and other delights to fuel your adventure,

More information is available at
https://westfordconservationtrust.org/tws_holding/grassy-pond-life-course-and-trail/

73 and good hunting from KD1D

The Norton Halloween Parade will start staging at 10:30 AM this coming Sunday Oct 30th on Route 123 at the Attleboro/Norton Line. [Sturdy Memorial Hospital ARC] volunteers can park in the Oasis Night Club parking lot against the fence on the east side of the rear lot off Pleasant St. Norton. Not Old Colony Rd (Route 123) We have made position assignments but always have room for more.

W1STR will be open and operating School Club Roundup on Thursday [October 20, 2022] from 7 pm to 9 pm and Friday [October 21, 2022] 6 pm to 8 pm, all are welcome to come and operate.  New hams, youth, and anyone interested in ham radio will be able to operate this event on HF.

We had full run of the covered pavilion overlooking the parking lot, and operated three stations: Steve and Rusty on SSB phone, and Tate running FT8. Tom handed out information packets and delivered a terrific introduction to the radio hobby to every group of Scouts as they arrived at the pavilion.

One of the most popular activities among the Scouts was our Morse code set-up consisting of a straight key with practice oscillator, and two wire-connected keys separated by 20 feet so that two Scouts could send code back and forth. John Aldridge and Joe Fitzgerald assisted with their code. The kids loved it.

Rusty kept tabs on the International Space Station and used a handheld Yagi to track the Station on three consecutive passes. Tate guided the antenna on the third pass.

The most memorable contact of the day was made between a young girl named Emily, who was visiting with her family, and PE1OAD/MM aboard a Dutch cargo ship out in the Atlantic!

The next Wellesley Amateur Radio Society Zoom meeting on Tuesday, October 18, 2022 at 7:30 PM will feature Derek, AK1WI, who will introduce us to filters! STARS folks will join us too!

Brendan Baldonado, NW1S, writes on the Boston ARC mailing list:
QRPumpkin is on!
Herter Park (Brighton, MA)
2:00 p.m.
Christian Park Parking
https://maps.app.goo.gl/QAUF3CBrA1cvmH4r5
As you know it’s the [Jamboree On The Air] so the bands should be pretty active!
Come on out and enjoy the good weather in October.

Andy Stewart, KB1OIQ, is hosting Scouts for Jamboree On The Air on October 15 at his Westford QTH.

“If you are available, please listen on the 955 WB1GOF repeater from noon until 3 p.m. on Saturday.  I will have Scouts making calls around that time.  Also, if you are able to join us on an HF frequency, we can negotiate that on 955,” Andy writes.

Phil Temples K9HI, our Assistant Directors, and I will hold our next New England Division Town Hall Meeting on Wednesday, October 19th, at 7 p.m. ET. The purpose of the meeting will be to provide you with an ARRL update, get your thoughts on what we should be focusing on, and answer any questions you might have about the ARRL and what we are doing on behalf of ARRL members here in New England.

We plan to spend a good deal of our time together answering your questions. If you’d like to send us a question in advance, you can do so via an email to ab1oc@arrl.org, or you can just plan to ask your questions during the Town Hall Meeting.

We hope to see you on October 19th! 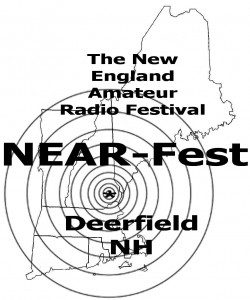 Don’t let the weather scare you.  The rain is moving north and by noon it should be gone. Tomorrow (Saturday) it is supposed to be sunny.

The North Shore Radio Association will meet at the Peabody Municipal Light Plant auditorium, 201 Warren St Extension, in Peabody and online on October 17, 2022 at 7:00 PM.  We are going to try and do both on Zoom in person. This also allows us to have a speaker over Zoom.
This month: Barbara Dougan, N1NS, will be giving a talk on “A Little Bit About Forest Fires.” This presentation is a glimpse of the vast knowledge, skills, equipment and technology involved in wild land fire management. She gave this talk at HamXposition.
[Zoom conference information will be sent via the NSRA groups.io mailing list.  Contact Eric, KA1NCF, at ka1ncf -at- nsradio -dot- org to be added to the groups.io list.]

The next general meeting [of the Nashoba Valley Amateur Radio Club] will be held on October 20, 2022, in person at the Pepperell Community Center, 2 Hollis Street, Pepperell, MA 01463. No Zoom simulcast is scheduled.

The guest speaker will be Thaire Bryant, W2APF. The title of presentation will be “DXing from the Other Side of the Pile-up”. You are cordially invited.

The New England Sci-Tech Amateur Radio Society (NEST) will meet on-line and in-person on October 11, 2022 at 7 PM and feature “Cybersecurity for the Radio Amateur” by John Tarbox, WA1KLI.

Cybersecurity is a hot topic with many companies being hacked and personal data being exposed. Hams can help protect themselves by taking simple precautions and being diligent. Particular concerns for hams are radios that they put on the internet for remote operation and Wi-Fi enabled devices. The unique needs of hams will be addressed. STARS members are encouraged to share their own approaches to ham cybersecurity in the meeting and to come prepared with questions about ham-specific cybersecurity.

John has been a ham since the 1960s and holds an Amateur Extra license. He has an MS in Computer Information Systems with a concentration in Cybersecurity from BU and has been Adjunct Faculty at York County Community College. John’s email address is WA1KLI@arrl.net. 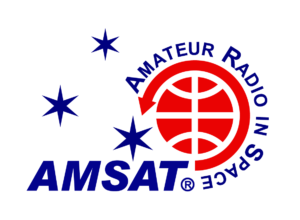 Paul Graveline, K1YUB, of Andover, MA, will present at the 40th Annual AMSAT Space Symposium in Bloomington, Minnesota, on October 21-22, 2022. Paul will present in a session on the CubeSat Simulator.

The symposium will feature:

Additional information about the 2022 AMSAT Symposium can be found at https://www.amsat.org.

Hello to all club members,

There will be a informal HF portable ops session next Saturday, October 15 starting at noon until the end of the day. The location will be in Rockport on the top of Hospital Hill, at the end of Summit Avenue—the same place field day was held. There will be hot dogs and hamburgers. This is a time for anyone who wants to set up any equipment to operate portable and to see some HF stations. Basically, we’re just hanging out, having some fun and playing radio.

The talk-in will be CAARA repeater 145.130 MHZ with a 107.2 PL tone. So far, the weather looks good; if it does rain, the rain date will be following Saturday, so monitor the repeater if you decide to go. Hope to see you there.

Noah and I are leaving in a few minutes to deploy the W1MJ 5-watt fox.  Due to a busy schedule, this will probably our last deployment this month.

Inspired by avid hunter Jeff AC1JR, who was getting tired of the same old messages, I have updated the soundtrack a bit.  It now goes for 18 minutes before repeating, a 50% improvement over the previous 12 minute loop.

The parking lot is close to the Rock Meadow parking lot, but on the opposite side of the street.  It is a paved lot.

We are finally resuming BARC volunteer exams after the pandemic. The  next exam session will be held on Tuesday, October 18, at 7:30 pm at the Artisans Asylum in Allston. For more information, see
https://www.barc.org/barc-exam-sessions/. For directions to the Artisans Asylum, see https://www.barc.org/directions-to-artisans-asylum-allston/. For more information, contact me directly at nv1w@arrl.net or 617-267-6349.

You must register for the exam session at least one day in advance, either with me or Jim Clogher, N1ICN, at n1icn@arrl.net. We cannot accept walk-ins.

ARRL accredited VEs: I welcome and appreciate your participation and help. Please let me know if you intend to attend so that I can let you know of any changes or if we have to cancel the session.