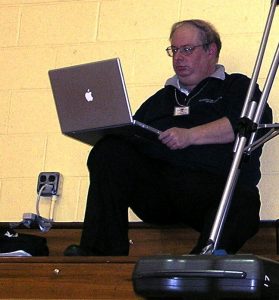 A former Eastern Massachusetts Section Manager is back in a familiar leadership role:  Barry Porter, KB1PA, has been appointed to serve as Section Manager for Southern Florida beginning October 1st.

A resident of Delray Beach, Barry is a native of Milton, Massachusetts. He was licensed in 1984 and was one of the founding members of the Aleppo Shrine Amateur Radio Club and the Boston Computer Society’s Amateur Radio Group.

Barry succeeded Luck Hurder, KY1T, as the Eastern Massachusetts Section Manager, filling out the remainder of Luck’s term. KB1PA would go on to serve two additional terms of his own.

Barry was involved with emergency communications during hurricanes Gloria and Bob.  “During this period I was a very active traffic handler and a net control.”

Congratulations to Barry Porter, KB1PA in his new role as the Southern Florida Section Manager!