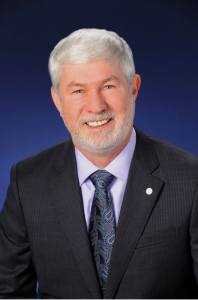 An Eastern Massachusetts amateur has been elected as the League’s new  Chief Executive Officer.

“The ARRL Board of Directors has elected Howard E. Michel, WB2ITX, of Dartmouth, Massachusetts, to be ARRL’s new Chief Executive Officer, starting on October 15. Michel (his name rhymes with “nickel”) is currently Chief Technology Officer at UBTECH Education, and Senior Vice President of UBTECH Robotics, a $5 billion Shenzhen, China, artificial intelligence and robotics company. As the Chief Technology Officer at UBTECH Education, Michel helped build this company from a startup in China to $100 million in valuation.”